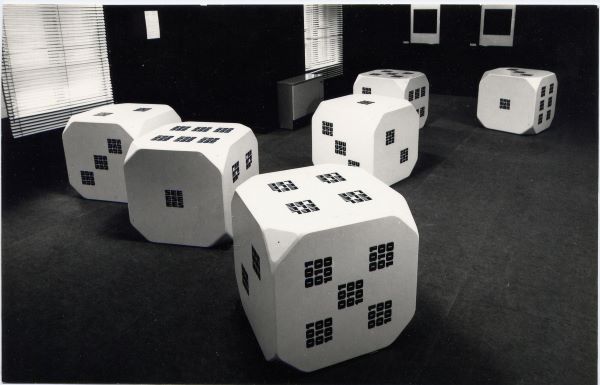 Meel’s texts on the dice:

“On 11.12.1997 the exhibition “From Gulag to Glasnost” was opened at the Rotermann Salt Storage, where works from the Norton Dodge collection were on display.
I was pleased that my art was also represented at the exhibition, yet I was slightly disappointed as well. Parts of my eight-piece ensemble “Gold Rush” had been taken as independent single works*: they had been framed in the middle of a broad mounting and presented one at a time, separately from one another. It was like showing single wagons of a train on separated plots of grass instead of the whole train: it’s impossible to gain any sense of the train’s character – its whistling dash through the open landscape from one city to another. Luckily these serigraphy pictures – parts separated from a row – were somehow able to stand up for themselves: to say something of people’s urge towards the glitter of gold, desired fortune beckoning on the horizon. Yet the train was still missing!

*Talking to curator Alla Rosenfeld I learned that they had no idea in America that my “Gold Rush” pictures had to be shown either in a vertical (!) or horizontal (?) row… – that the scheme was drawn behind each picture and I had additionally added the schemes together with the list of pictures.”
Raul Meel, “Conspectus of the Past” 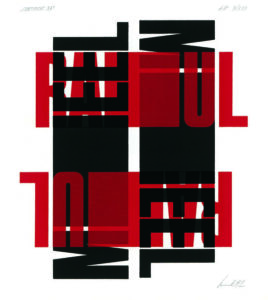 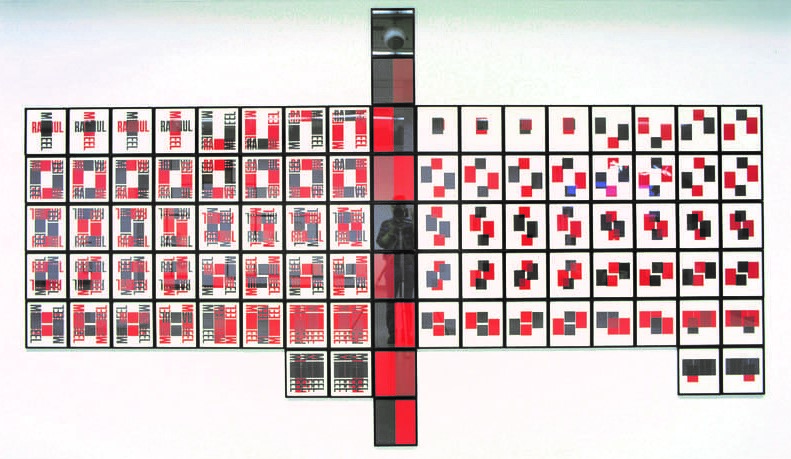 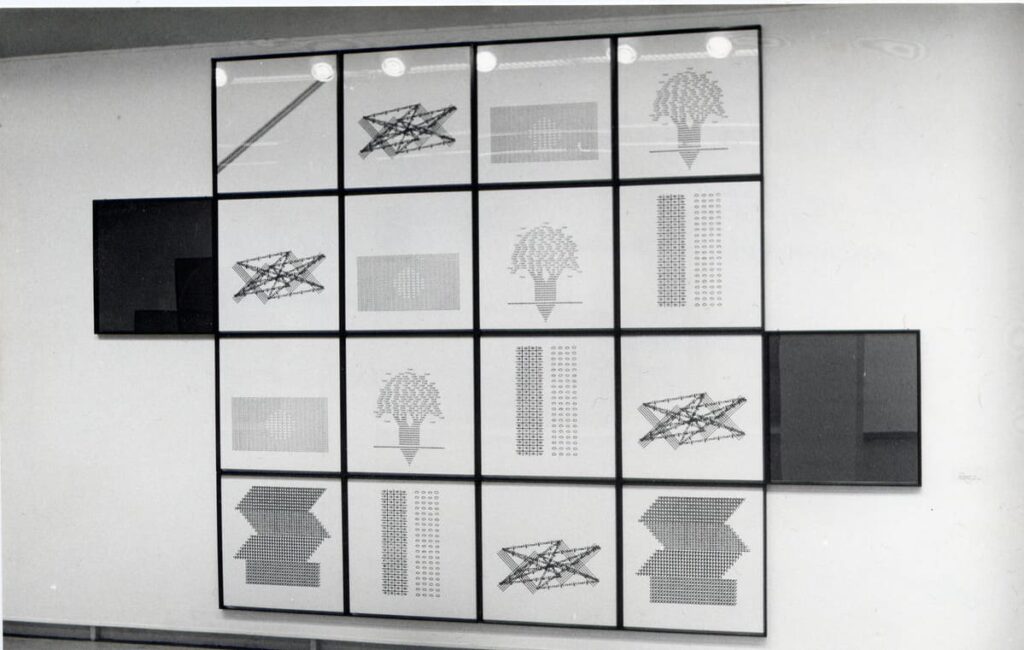 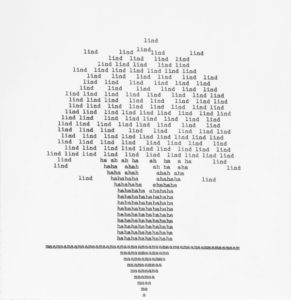 ““Vita Aborigenum” – “Life of the Aborigines” was my personal exhibition held in the Tallinn Art Hall in June-July 1997. This consisted of thirteen sub-projects, one of which was an audiovisual installation of “the apocrypha”, in which on the visual side I presented one-line excerpts from Estonian, Finnish, German, Russian, and English texts with gold paint onto boards closely resembling the flags of Estonia, Finland, Germany, Russia and the United States of America.

…no symbol can be cleaner than the people who gather beneath it, the better and worse deeds that have been committed beneath it. For instance: when an Estonian sees a Soviet red flag, he cannot generally help feeling or thinking of the life which accompanied that flag. Or with the one-time German swastika flag. And without a doubt this is the same with nationalities unknown to us and the symbols of power which affected their lives. – How then could our flag exist without realistic content?
There is something good and something bad going on in the state of Estonia. Many Estonians have felt this and continue to feel it, most likely the majority. I note at this point that an artist makes for a unique medium who synthesises understanding and expresses thought from this kind of information “floating in the air” in a different kind of language known as art…
On 27.06.98 I displayed the project “Apocrypha on Flags and Stones of Power” in Estonia’s premier summer resort of Pärnu, in the oak alley of Ringi Street (organised by Mark Soosaar)…”
Raul Meel, “Conspectus of the Past”